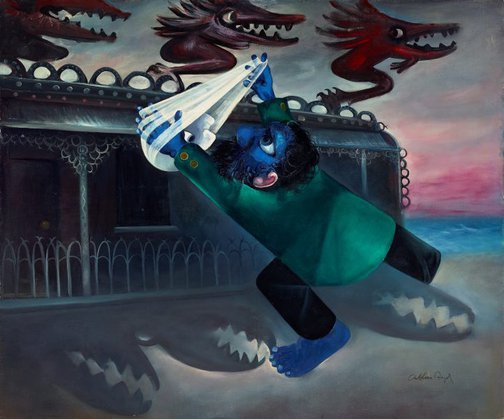 Arthur Boyd was a painter, potter and printmaker from a well-known family of artists. Boyd painted lyrical and emotive allegories on universal themes of love, loss and shame, often located in the Australian bush. These artworks draw on a wealth of literary and mythological sources as well as intensely personal and often ambiguous symbolism.
Boyd had a strong social conscience and his paintings engage deeply with humanitarian issues. Travelling around central Australia in the 1950s he was shocked by the conditions in which Aboriginal people were living. This experience initiated one of the major bodies of work in his oeuvre, the 'Love, marriage and death of a half-caste' series of 31 paintings, also known as the bride series, which imagined the figure of an Aboriginal person of mixed descent as a neglected outsider. The series was exhibited in Melbourne in 1958 where it raised contentious issues about the ongoing marginalisation of Aboriginal people

On loan from private collection 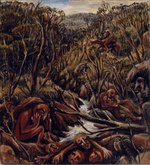 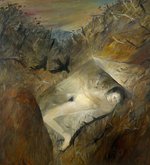