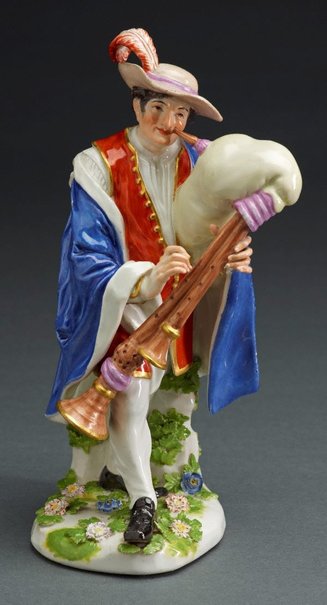 Modelled by Kändler in July–August 1741. The figure is based on an engraving of 1739 by Jacques Dumont le Romain and Jean Daullé after a painting by Dumont le Romain. As the engraving makes clear the bagpiper is a humble street entertainer; in the print he operates a puppet show with his leg. A pendant engraving showing a poor woman of Savoy with a cradle and a child formed the basis for a companion Meissen figure. The present example is unusual in having a plume in the hat. The figure was later copied at Bow. 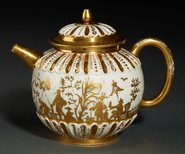 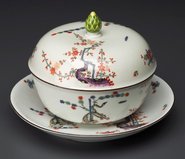 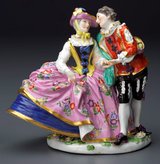 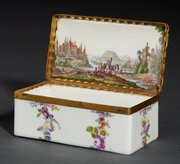