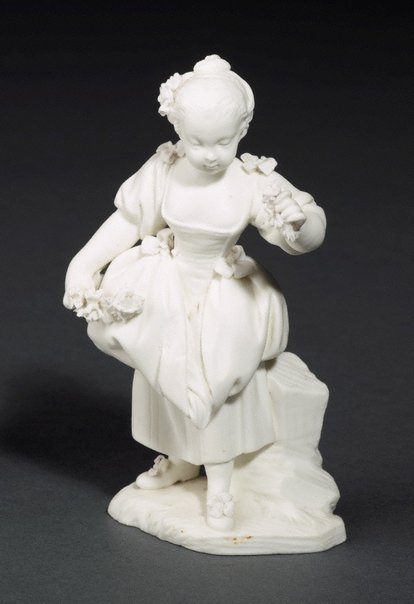 Along with Boy offering flowers (L2012.171), the figures were known at Sèvres as la guirlande debout and le porteur de couronnes. Part of the girl’s floral garland is now missing. The figures were originally modelled by Falconet after designs by Boucher. The mark indicates that these examples were made after Falconet’s departure when Bachelier as director of sculpture. 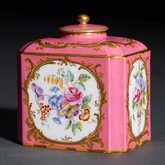 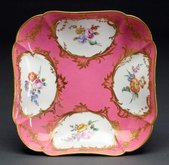 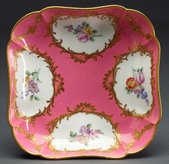