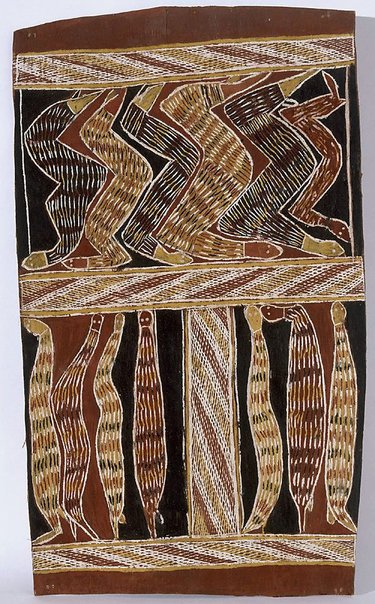 Like Binyinyuwuy, Buranday also gave graphic form to därrpa, the king brown snake, to which both men were innately connected. In 'Därrpa (king brown snakes)' c1950s Buranday provides two views of djärrpa. In the lower section they are extended between the horizontal bands of fine cross-hatching; in the upper section they are seemingly trapped, their forms compressed and contorted, with this sense restriction intensified by the multidirectional infill that echoes their angular bodies.