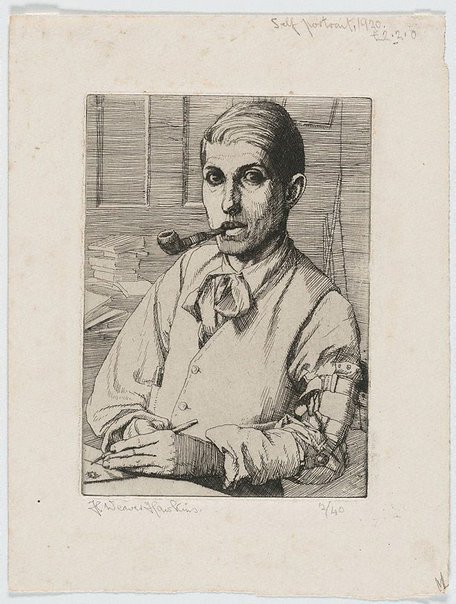 Weaver Hawkins studied art at the Camberwell Art School in London, where he met his lifelong friend Frank Medworth, before serving in the First World War, sustaining injuries to his arms, with his right incapacitated. He had to re-learn drawing and painting after the war and during this time undertook studies in etching under Sir Frank Short at the Royal Academy School, when he made the majority of his etchings. He was assisted with printing but eventually turned to linocuts as he could more easily cut and
print them himself.

Hawkins emigrated to Australia in 1935 and retained an interest in printmaking for the rest of his life as well as painting, watercolour and drawing. While his work marked him as an individualist within the prevailing climate of modern art in Sydney, he was nonetheless an influential and active figure on the local art scene. He was a member of various art societies including the Contemporary Art Society, and in the early 1960s, a founding member the Sydney Printmakers group, the first society of printmakers established after the end of the etching boom in the late 1930s, when printmaking experienced a lull in Sydney for more than two decades.