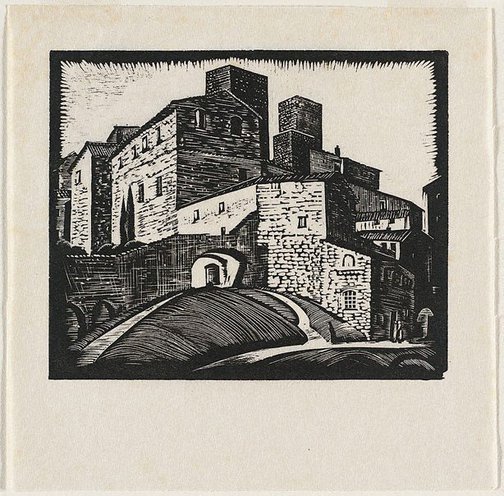 Rah Fizelle was a key figure of modern painting in Australia who returned to Sydney in 1931 after studying in Europe with a passion for modern art and commensurate zeal for its promotion locally. He was a regular exhibitor with the Contemporary Art Society and the Australian Watercolour Institute, and throughout his life remained an ardent supporter of modern art, children's art and progressive art education.

Fizelle made a small number of wood engravings while a student at London's Westminster Art School, influenced by Frank Medworth. He visited Europe in 1928–30, when his work became
increasingly stylised and based on the geometric analysis of form, producing simplified drawings, watercolours and paintings of the hillside towns and landscapes of the Italian countryside. According to the artist's widow, who gave these works to the Gallery, these delightful wood engravings were most probably produced in London from drawings the artist made in Italy. He is not known to have made any prints after this period.

Browse other works by Rah Fizelle 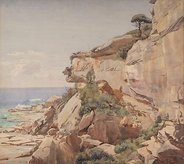 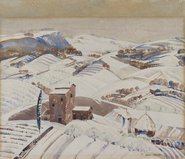