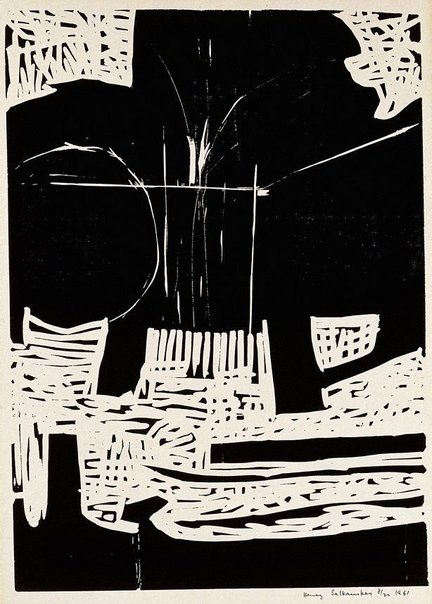 Henry Salkauskas was born in Lithuania. During the Second World War he studied graphic art at the Meister Schule für Kunst in Danzig. He fled with his mother to West Germany in 1944, eventually settling in Freiburg. He studied at the Freiburg University and L'Ecole des Arts et Métiers 1946-49, where he studied drawing and 'graphic art', concentrating on relief prints, especially linocuts. In May 1949 he migrated with his mother to Australia and settled in Canberra. He befriended Hector Gilliland, who nominated him for membership of the Artists' Society of Canberra, with which he exhibited five linocuts in 1950. In March 1951 he moved to Sydney and joined the Contemporary Art Society. He remained committed to printmaking in the 1950s and actively promoted it, organising the 'First Australia-wide graphic art exhibition' by the Society in 1960 with fellow Lithuanian-born artist Eva Kubbos and support from the Lithuanian community, and exhibited two monotypes. In 1957 he was elected President of the Society, and the following year, after attending a lecture by Jim Hays on screenprinting, began to make screenprints. He was a foundation member of the Sydney Printmakers group in 1961 (with Kubbos, Vaclovas Ratas and critic Laurie Thomas their first president). Their aim was to encourage and promote prints and printmaking in Sydney. Salkauskas stopped making prints in 1965, turning to painting in watercolour and gouache.

Browse other works by Henry Šalkauskas 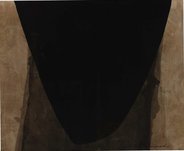