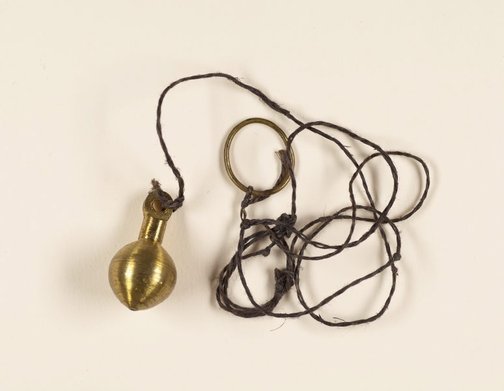 Rayner Hoff met Annis Briggs at Nottingham School of Art, where both were students during the 1910s. Annis was a talented designer and illustrator and excelled in her studies, winning a number of local art prizes. The pair married in 1920. Annis intended to continue her career as an artist after the Hoffs moved to Australia in 1923. She exhibited work in the 1924 Society of Artists exhibition. However, aside from working with Hoff, often colouring sketches for him, she ceased to work as a professional artist from the mid 1920s.

This plumb bob was used by Annis when she was a student at Nottingham School of Art.