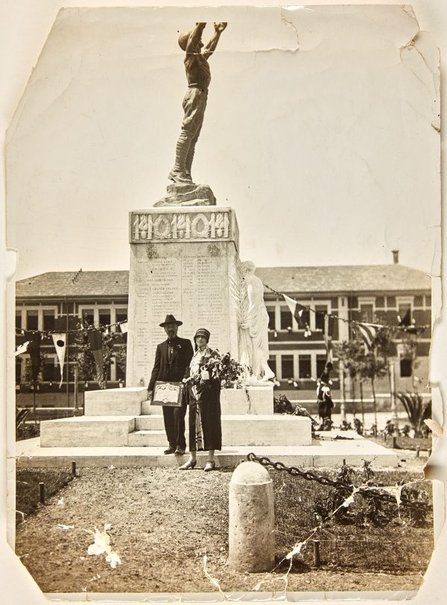 The main sculptural element of the memorial - the figure of Sacrifice - is an Italian youth, typified as a vital young soldier leaping forward to offer himself in sacrifice. Ohlfsen intended to evoke in plastic form a verse from Leopardi’s poem ‘To Italy’:

O my country, the life thou gavest me
I now return to thee.

On one side of the large pedestal block supporting this figure is another, female figure. She faces inward, holding a palm of victory in the left hand and a laurel branch in the right, over the names of fallen soldiers from the First World War.

For her work on the memorial, Ohlfsen received the Freedom of the City from the town of Formia.

Browse other works by Adolfo Porry-Pastorel