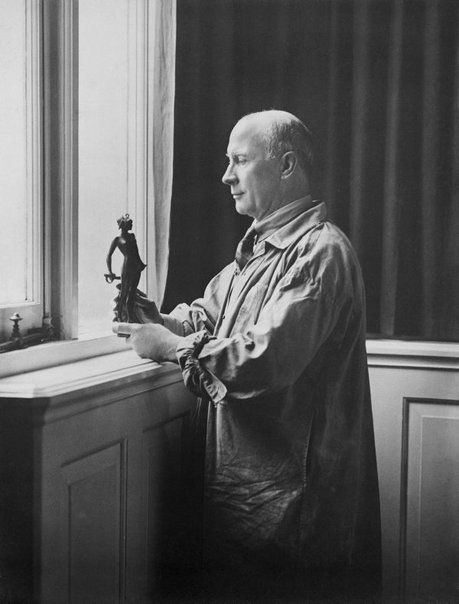 The epitome of the femme fatale, the Biblical figure of Salome was a popular subject for fin de siècle artists and writers. Shortly before Bertram Mackennal created his 'Salome' c1895, Oscar Wilde's sensational play of the same title had debuted in Paris. Mackennal's work was issued in a large edition of twenty, capitalising on the interest in Wilde's play. Editions of 'Salome' c1895 are held in the collections of the Queensland Art Gallery, Art Gallery of Western Australia and the Art Gallery of New South Wales.

This photograph was illustrated in an unattributed 1931 obituary notice for Mackennal, kept in his archive.

Unknown
after Lord Frederic LeightonArts as applied to war post 1883153

Unknown
after Joseph Mallord William TurnerDevonport and dockyard, Devonshire circa 1827-circa 18382001.41