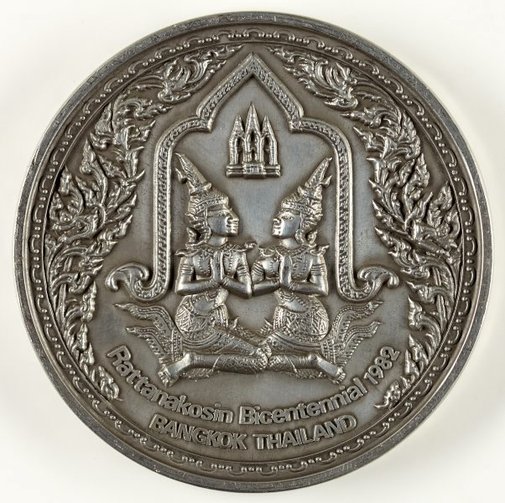 Barbara Tribe visited Thailand regularly from the 1970s, often working there in the studios of local artists. In recognition of her promotion of Thai culture, she was awarded this medal, which was commissioned by the Rattanakosin Bicentennial Public Relations Sub-Committee to commemorate the founding of Bangkok in 1782 and to celebrate the ruling Chakri Dynasty. Her medal is numbered 065047.