Invitation to a performance 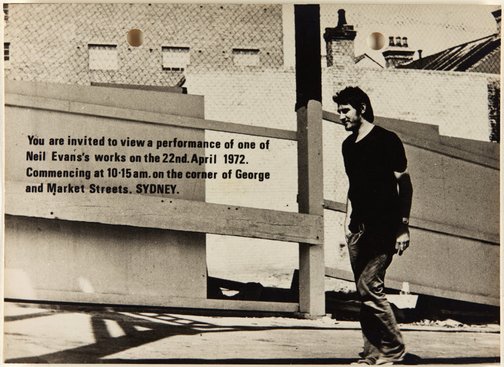 Neil Evan's performance on 22 April 1972 was scheduled to occur at 10.15am at the corner of George and Market Streets in Sydney. When people arrived they were led to believe that the performance would happen at a window in one of the buildings on that corner. As they were looking up at the window, the artist drove by in a taxi and looked at the people assembled, which was the actual performance.

Neil Evans
Invitation to a performance