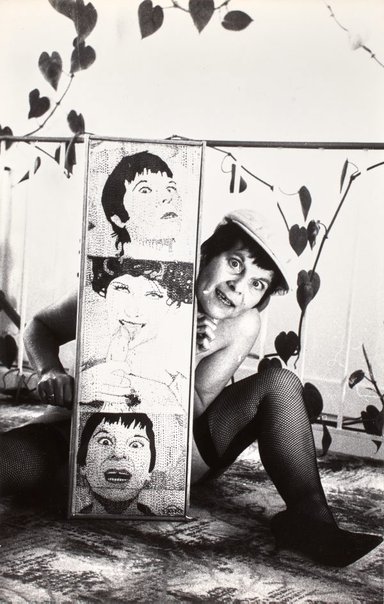 During 1977 Pat Larter performed twice a week for a year ‘a portrait in time’. A super 8 colour film compilation was made of these performances and simply entitled ‘Portrait’. Black and white photographic stills were also made of the performances, which Larter often used as part of her
mail art. In these images Pat Larter performs with art works by Richard Larter that also incorporate portraits of her.