Sketch for 'The battle of the Centaurs and Lapiths' 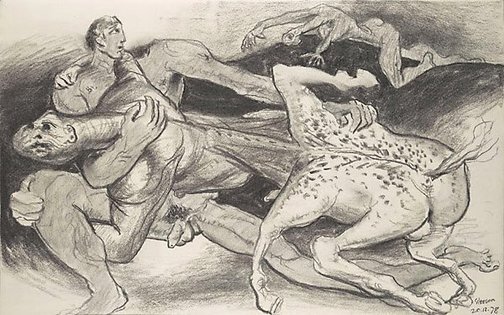 Nineteen drawings from Pad 3 are devoted to this subject. Again, it is the power of the story and of the notion of a half man-half beast that most interested Gleeson.

James Gleeson
Sketch for 'The battle of the Centaurs and Lapiths'