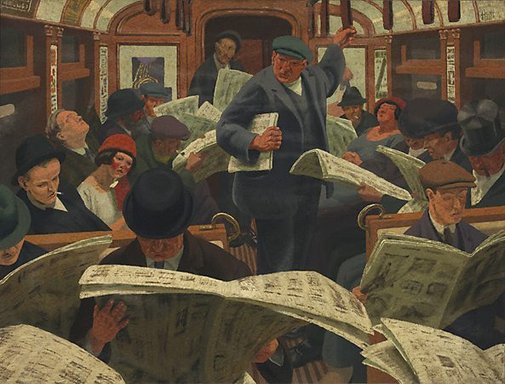 Australian artists who, in previous decades, had taken to the bush in search of motifs which served as keynotes for Australian life and landscape, entered the decade of the 1920s with a new impetus, embracing all that the modern, mechanised city had to offer. Urban and residential development, which transformed the provincial outpost of Sydney into the sprawling metropolis of the 1930s, was to prove inspirational for many artists of this period.

As bridges, buildings and other spectacles of engineering began to soar towards the skies, artists such as Grace Cossington Smith and Margaret Preston adopted pictorial approaches drawn from sources as diverse as Cézanne, Gauguin, Matisse, van Gogh, and to a lesser extent, the Cubists, in an attempt to reconcile industrial expansion with orthodox visions of an antipodean Arcady. For many of these artists, however, the portrayal of the modern city was a triumphant declaration of colour as the foundation of form.

Weaver Hawkins, who arrived in Australia in 1935, brings the claustrophobic confines of modern living to the fore in his densely populated canvas, 'Morning underground', which depicts commuters travelling on the London Underground.