Figure of an entertainer 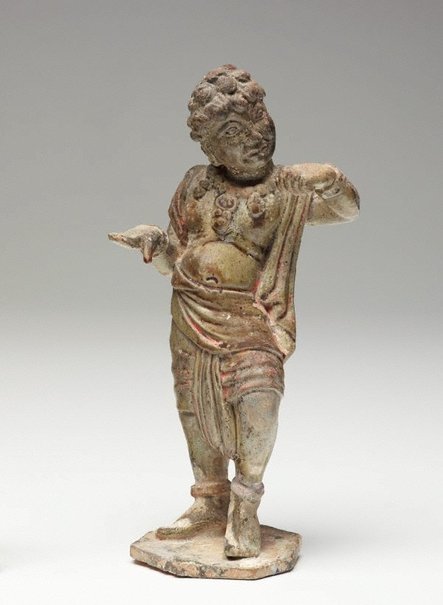 One of the most distinctive figure types in the repertoire of Tang dynasty pottery models is that of the foreigner - grooms, slaves, entertainers, courtesans, serving at the Imperial court in Changan (Xi'an). This model of a curly-headed, youthful dancer/entertainer, obviously of non-Chinese origin, is a wonderful example of these figures that capture the spirit and atmosphere of the cosmopolitan capital of the Chinese empire in the Tang dynasty. These colourful and provocative images, of exotic dancers, semitic merchants, bearded grooms from such places as Sodgia and Central Asia, are an important and illustrative aspect of the Tang pottery tomb tradition.

Figure of a youthful dancer

Purchased in memory of Fred Storch with the assistance of the Asian Collection Benefactors' Fund; Mrs Rosemary Foot AO; and the Fred Storch Memorial Fund 2004

Figure of an entertainer