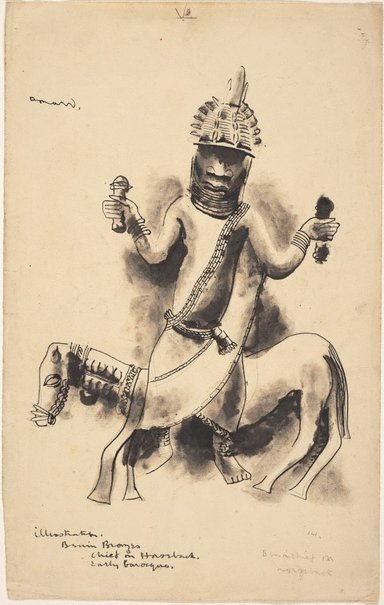 During his time in London as a young artist, Donald Friend was inspired to visit West Africa and see first-hand the tribal art that was influencing contemporary European artists such as Picasso and Braque. Travelling to Nigeria in 1938, he lived for a time at Ikerre in Ekiti province where, provided with a large house and servants in the compound of the Ogoga (ruler), Friend pursued his interest in the culture of the local Yoruba people. He drew, painted, observed their customs and way of life and recorded his impressions in a detailed manuscript that he intended for publication – but which was eventually abandoned. This is one of a number of drawings that he created to accompany that text. They illustrate a range of subjects from Yoruba artefacts or early brass heads, to Benin bronzes and contemporary wood-carvings incorporated into buildings.

© Reproduced with permission of the Estate of Donald Friend. Licensed by Copyright Agency 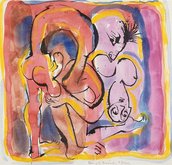 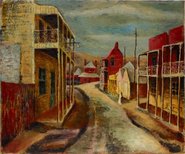