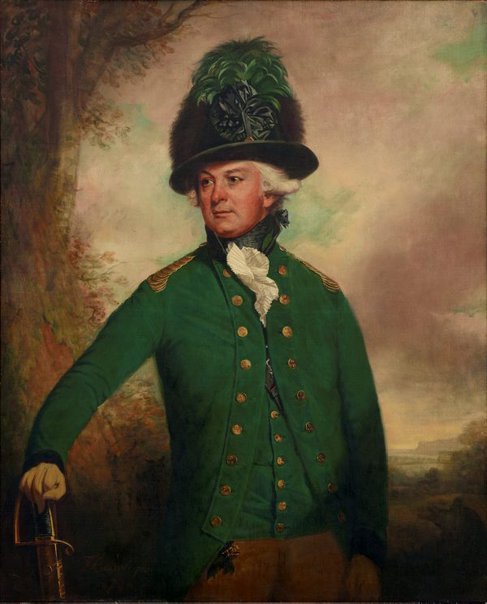 Lord Milton, Earl of Dorchester, pre 1852, Dorset/England, Lord Milton owned portraits by Beach of the officers of the Dorset Yeomanry or Volunteer Rangers. Beach helped hang these portraits in the library at Milton Abbey.