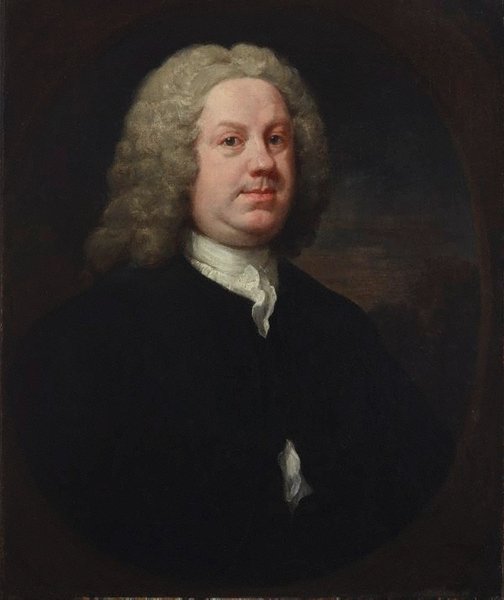 John Hoadly, England, Probably collected this painting. It is likely that this is the portrait mentioned by John Hoadly in a letter to Hogarth as being sent up to London to be repainted.