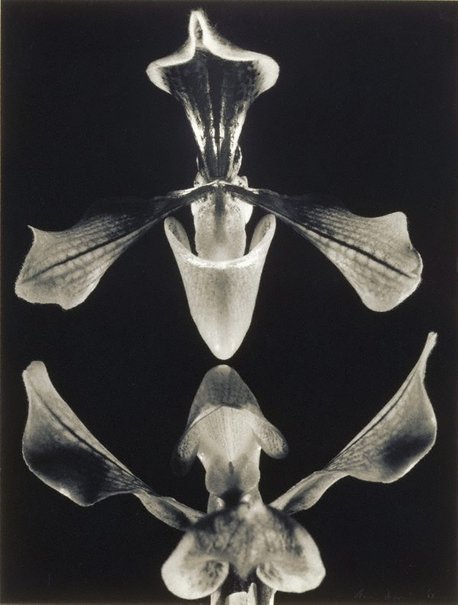 While describing the intentions behind his architectural photographs, Max Dupain stated in 1976: ‘I want to give life to the inanimate. It’s a sort of extension of my penchant for still life.’ Dupain’s animation of static architectural subjects through the dynamic interplay between light and shadow was consolidated and distilled in his treatment of living forms.

In his close-up photographs of flowers and plants, Dupain distorts scale. Diminutive ordinary flowers become monumental and are endowed with the same grandiloquence as an architectural masterpiece. Often removed from their natural habitats and shot against indeterminate black backgrounds, Dupain’s flowers transcend their horticultural context and become semi-abstract forms. This photograph of a slipper orchid plays with symmetry and composition to produce an image that shies away from straight representation and instead resembles a Rorschach diagram.