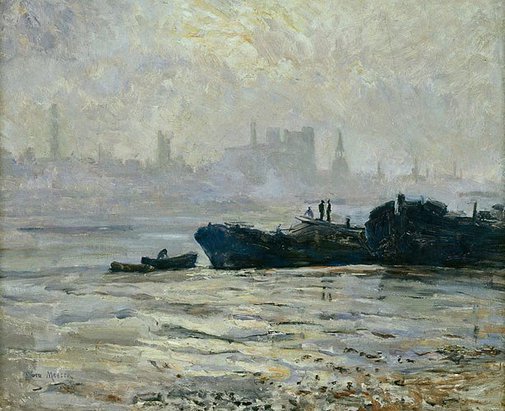 Dora Meeson began her art training in Melbourne before moving to London in 1898 to further her studies. She met the Australian artist George Coates and they married in 1903. The couple established themselves in Chelsea where they became members of an extensive circle of Australian expatriate artists. They resolved not to have children and instead devote themselves to their artistic careers. Meeson was best known for her series of paintings of the Thames river. Her impressionistic painting 'Thames at Chelsea Reach' uses a limited colour palette and loose brushwork to portray boat workers silhouetted against the hazy city background in the rear.

Meeson had the distinction of being the first Australian woman artist to be elected a member of the Royal Institute of Oil Painters. She was also a member of the British Artists' Suffrage League. A representation of a suffrage banner she designed was used on a 2003 Australian commemorative dollar coin to celebrate the centenary of women's suffrage.

Browse other works by Dora Meeson 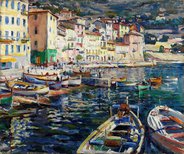 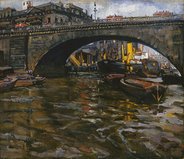