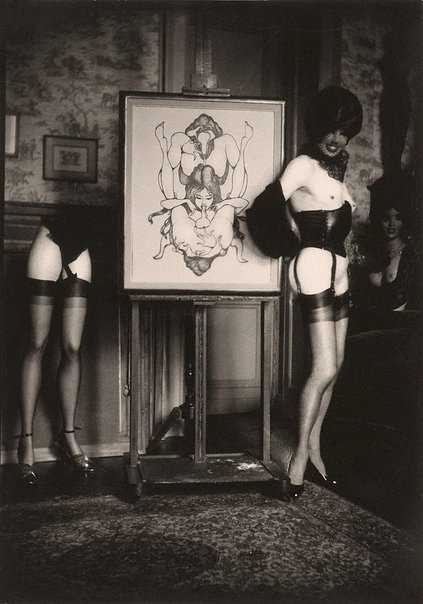 ‘…valid work, for an artist, is that which is an absolute depiction of the artist, that which I contend are his passions and that which society and conformity label as vices.’ Pierre Molinier 1969 1

From an early interest in painting landscapes in an impressionist then abstract style, Pierre Molinier soon moved to portraying the figure. This representation, however, was an eroticised vision of the female form inspired by Molinier’s overt fascination with his younger sister. His work only came to the attention of Breton and the surrealist group when Molinier sent Breton several images in the early 1950s, thereafter forming a close alliance with frequent illustrations in the journal ‘Surrealist même’. Although Molinier had consistently created self-portraits from his mid teens, it was not until the 1960s that his sexual fetish for transvestism and his skill at photomontage met to form the intricate doubling of his feminised body. His technique of using negative-positive imaging to create multi-negative montage was done from his kitchen using natural light to photograph the montage elements. His libidinous imagery found great support with the surrealist group. Encouraged by this and by the renewed interest in body art and performance in the 1970s, Molinier made hundreds of postcard-sized images.

Browse other works by Pierre Molinier