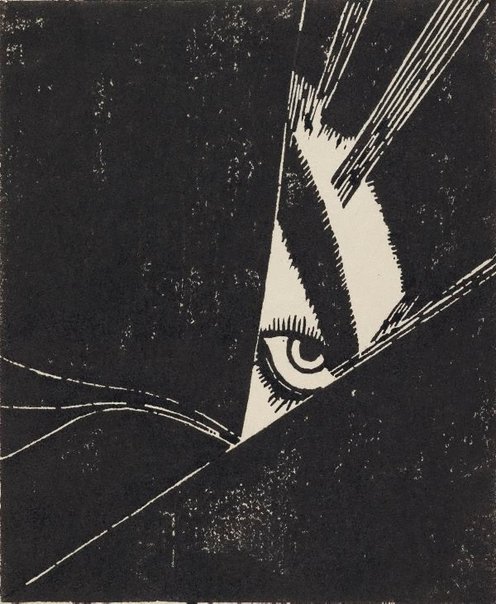 'Tears' is one of the representative works by Onchi, the most significant 'creative print' (as opposed to reproductive print) artist and the mentor of the Creative Print movement during the first half of the 20th century in Japan.

'Lyric I' is one of his earliest works and was first published in the first issue of 'Tsukuhae', a magazine of prints and poetry which Onchi published with Tanaka Kyôkichi and Fujimori Shizuo. The magazine ended after no.7 due to Tanaka's death in 1915.

Throughout his working life, Onchi produced many works entitled 'Lyric'. In these works he explored the characteristics of woodcut searching for a union of poetry and visual art. This work is the first of the series of his lifelong pursuit; at the same time it is one of the most significant expressions of the urban sentiment among young artists of the fast-developing modern Japan in the 1910s.

Yokohama Museum of Art, The Miyagi Museum of Art and The Museum of Modern Art, Wakayama (Editors), Onchi Koshiro: a poet of colours and forms, Japan, 1994, 51 (colour illus.). cat.no. 31