Krishna and the gopis 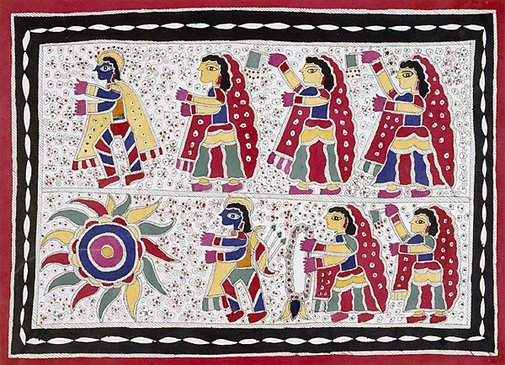 The beloved Hindu god Krishna was born a prince but a prophecy foretold that his uncle Kamsa, the demon king of Mathura, would be challenged by a nephew. Kamsa then ordered the deaths of all of his sister’s sons, so Krishna was whisked away
to grow up incognito in a cow-herding village. As a young man he entranced the milkmaids (gopis) of the village and they fell in love with him. Krishna, an avatar of the great god Vishnu, can be identified by his distinctive blue skin.

Krishna and the gopis