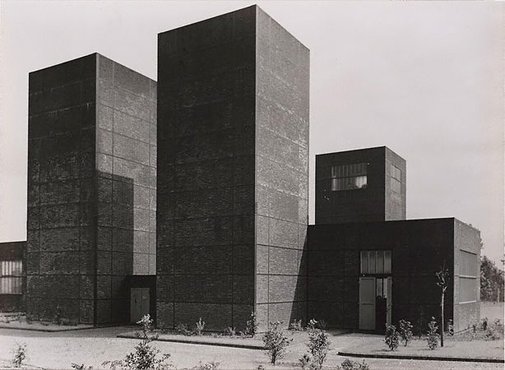 Alfred Renger-Patzsch was born in Würzburg, Germany in 1897. He learnt the fundamentals of photography from his father, a professional musician and a serious amateur photographer who owned an extensive camera collection and subscribed to the latest journals. Renger-Patzsch studied at the Kreuz-Gymnasium in Dresden, spent time in the army, and then continued studies in chemistry in 1919. He soon realised that his passions lay elsewhere and in 1922 he became director of the photography archive of the Folkwang und Auriga publishing house in Hagen. The owner of the publishing house, Ernst Fuhrmann, provided Renger-Patzsch with his first foray into professional photography by publishing a series of books entitled 'The World of Plants' which were illustrated by photographs. Renger-Patzsch provided images for the first two in the series: 'Orchids and Crassula' (1924). In 1925 Renger-Patzsch produced images for the book 'Das Chorgestühl von Kappenberg' (The choir stall of Cappenberg). Later that year he established himself as an independent photographer. In 1928 Kurt Wolff published Renger-Patzsch's famous book, 'Die Welt ist schön' (The world is beautiful). This book is considered by many as a watershed in the history of photography. It included one hundred reproductions of an array of subjects including plants, animals, machines and buildings. Each image was a close-up view of the subject which magnified detail and highlighted intrinsic patterning. Renger-Patzsch spent the remainder of his life working as a professional photographer working with publishers, industry and architects. It was during this latter period that industrial subjects began to replace nature in his photography.

Browse other works by Albert Renger-Patzsch