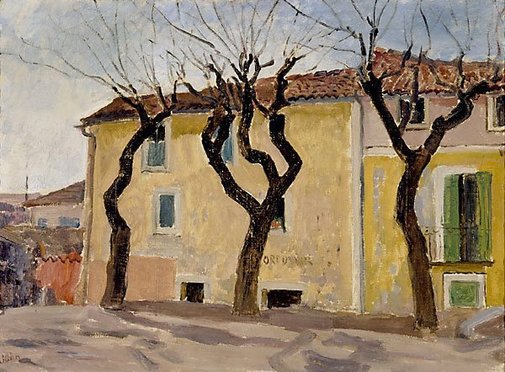 Augustus John was born in Tenby, Wales in 1878. He studied at the Slade School of Fine Art, London 1894-99 under Henry Tonks and Frederick Brown and in 1898 won the Slade Prize with 'Moses and the Brazen Serpent'. John was considered by many to be the most talented artist of his generation. He had an exceptional gift for drawing and by the early 1900s had become the most famous British artist of the day. By the 1920s he was Britain's leading portrait painter and although his portraits were often controversial he was inundated with commissions. John spent extended periods of time in the south of France and the work he produced during these visits is more vibrant in colour. He was a prolific artist, producing a vast amount of work; favourite subjects included coastal landscapes, gypsies and his family.

Augustus John OMA Jewess resting her head on her hand 19036456