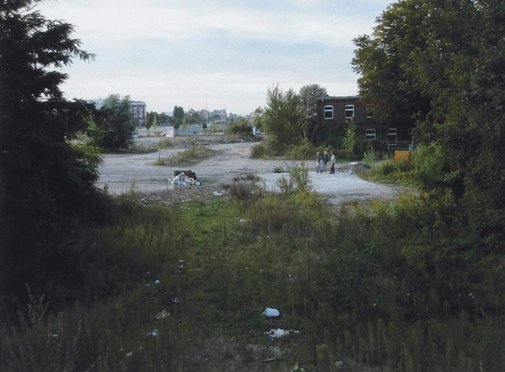 Paul Ogier was born in New Zealand and received a Bachelor of Fine Arts from the University of Canterbury before moving to Australia and receiving a Master of Fine Arts from Sydney College of the Arts (SCA). He has exhibited in Australia and New Zealand since 2001, and is currently research associate in Media Arts at SCA. He is involved in developing the potential of fine art printing through mechanical methodologies, and his own work engages in the refinement of digital printing in order to present his ideas and imaging in the most sophisticated manner available.

‘Hauptbahnhof, Berlin’ is what Ogier calls a street image, taken with a small handheld camera whereas previously he has worked mostly with large format cameras, tripods and so on. Working in Australia, Ogier felt no interest in photographing in colour but in Berlin the light and a different vernacular led him to change.