Krishna's brother Balarama in tree with an elephant below 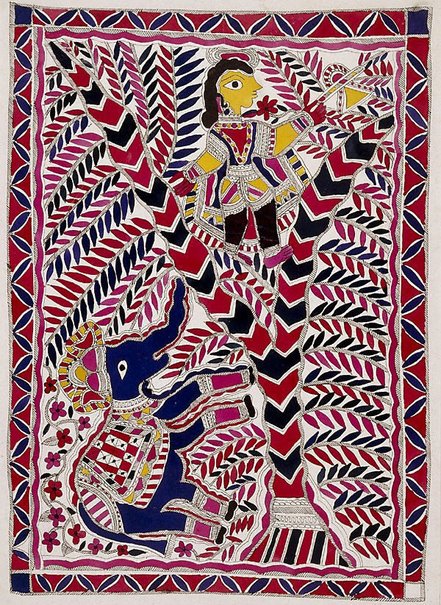 Balarama is the elder brother of the blue-skinned Krishna. He is regarded as the incarnation of the cosmic snake Sesa, or the ninth incarnation of the god Vishnu. Balarama is depicted holding a ploughshare in his right hand, an implement that
associates him with agriculture. The elephant below appears threatening, but it is also connected with rain and so may be a good omen for the deity.

Celestial being in tree with axe

Krishna's brother Balarama in tree with an elephant below