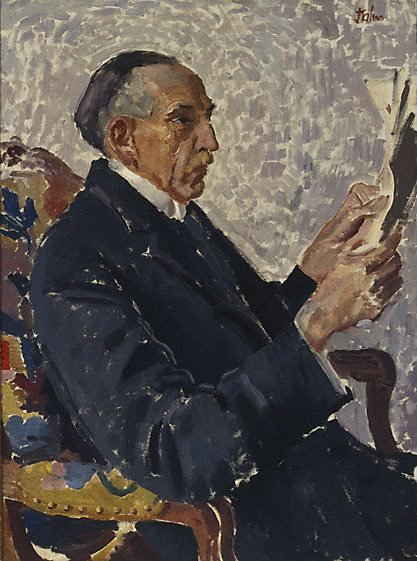 Painted in Paris while attending the 1919 Peace Conference. John painted portraits of all the chief delegates.

Gift of the Governor of the Commonwealth Bank 1946

Augustus John OMA Jewess resting her head on her hand 19036456