Netsuke in the form of a Mongolian archer 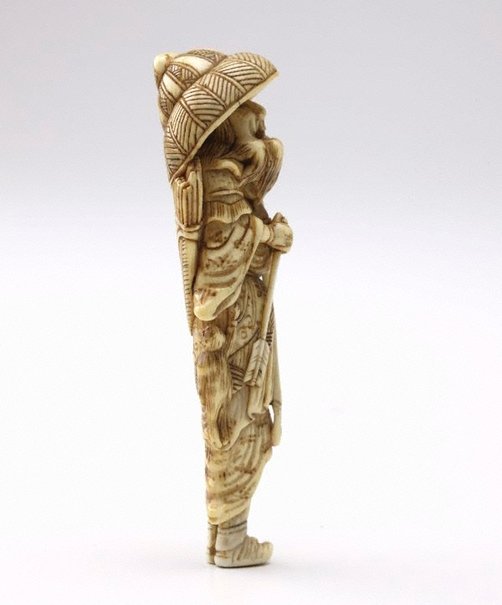 Traditional Japanese clothes do not have pockets. Some objects such as multipurpose tissues or fans were carried in the bosom (between the front collars) while others, like 'inro' (men's medicine containers) and tobacco pouches, were hung from the waist by a cord which was slipped under the 'obi' (a sash worn around the waist) with a netsuke (toggle) at the other end to stop it from falling. These were fashion statements as well as practical objects, and are often beautiful works of art. 'Netsuke', usually made of wood or ivory/staghorn, represent a wide range of subjects - animal, mythical, exotic, humorous and erotic - and were eagerly collected in the West. The functional hole distinguishes a 'netsuke' from ornamental carved objects.

Netsuke in the form of a Mongolian archer