Four sheep in a landscape 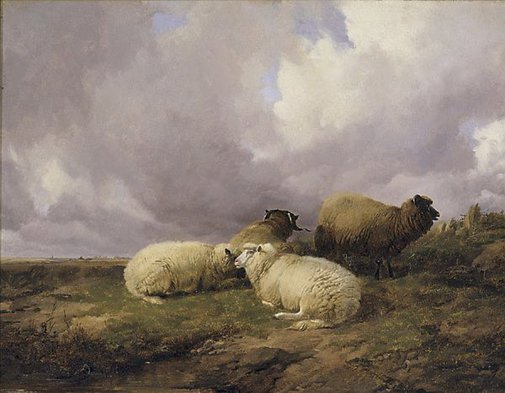 Bequest of Albert and Katey Nathan 1941