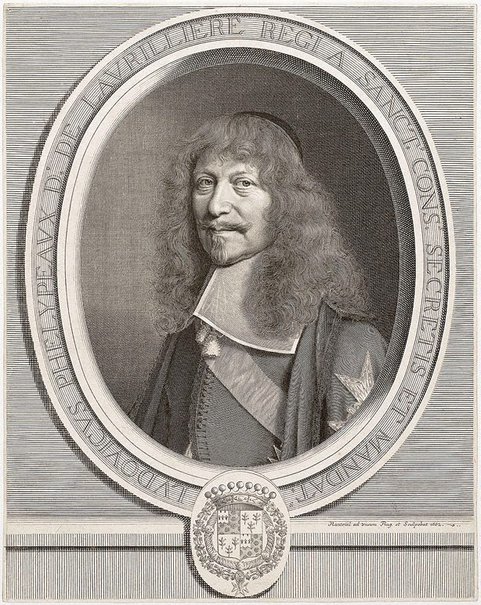 Nanteuil was the preeminent engraver of portraits in France during the reign of Louis XIV and his style set the standard for portrait engraving well into the 18th century. He was appointed draughtsman and engraver to the king in 1658, of whom he made numerous engravings, in addition to more than 200 portraits of the great personages of the court and other prominent Parisians. His sitters are invariably presented bust view and face the viewer; their faces are framed by a simple oval and set against a background of meticulously ruled lines.

Nanteuil was able to masterfully exploit the innate formality of line engraving in order to translate his chalk drawings – which he drew directly from his sitters – into portraits of icy clarity, conveying the dignified self-assurance of his subjects, who usually appear reserved and high-minded.

In 1660, through Nanteuil’s powerful influence, the king raised the status of engraving from an industrial to
a liberal art in the Académie Royale. The official promotion of printmaking elevated the work of the engraver into that of a major art form, capable
of expressing the highest policies of the state and sharing in importance with painting and sculpture.

The subject of this print is Louis Phélypeaux de La Vrillière, secretary of state from 1629 to 1654. As well as a politician, he was one of the few French collectors to commission paintings from Italian artists such as Guercino, Guido Reni and Pietro da Cortona. These were installed in the gallery of his Paris townhouse,
the Hôtel de La Vrillière, built by François Mansart. Parts of the building survive today as the Banque de France.

Browse other works by Robert Nanteuil