Anchored by the heart of Maria 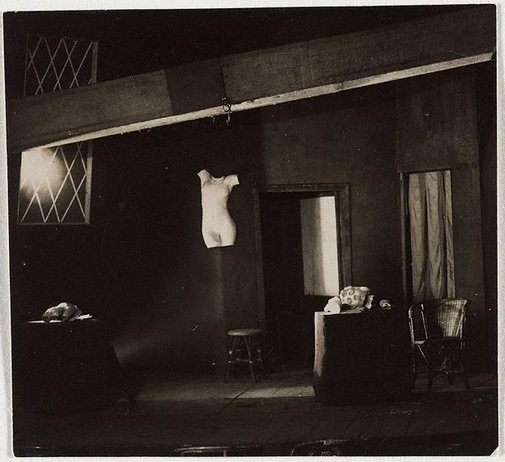 Arturo Bragaglia and his elder brother Anton Giulio were early experimenters in photomontage, superimposing several negatives to create images that confused space, movement and subject. Their research into photo-dynamism from 1911 was an attempt to record movement in a single long exposure, rather than the fragmented, static and mathematical chronophotographic imagery of Étienne Jules Marey. In his futurist manifesto, Anton declared that they were only interested in movement that produced sensation and in recording the continuity of action in space. Although the brothers were linked to the futurists, after meeting Filippo Tommaso Marinetti and Umberto Boccioni, the group was divided in its support of photography. Boccioni succeeded in expelling the pair from the futurist group in October 1913, despite the artistic backing of Marinetti and Giacomo Balla, and Boccioni’s own short-lived interest in the photodynamic process.

While Anton went on to follow his cinematography and performance interests, Arturo continued his photodynamic research, going on to photograph stage and cinema sets and to include film acting in his artistic resume. ‘Anchored by the heart of Maria’ reflects his interest in the artifice of theatre. The fractured female torso hanging from a hook on the dramatically angled beam is set centre stage; the head, accompanied by other parts, lying on a plinth in the shadows. As the drama unfolds a chair comes into view, implying an absent voyeur; there are also bodily organs (the heart) in the opposite corner and a stool behind the torso indicating that a sinister action has taken place. Together with the three vertical shapes of the window and doors and the dramatic lighting effects, the scene recalls the brothers’ interest in the drama of the occult and séances.

Arturo Bragaglia
Anchored by the heart of Maria