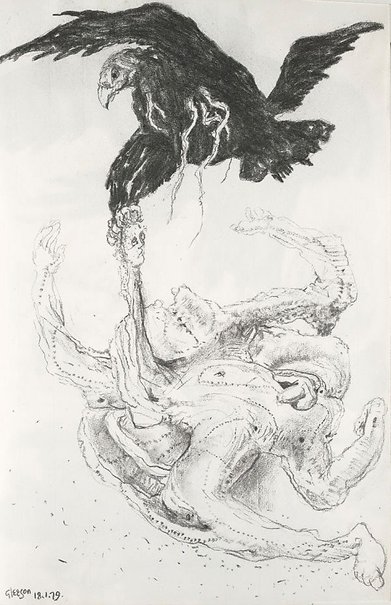 Greek mythology credits Prometheus with creating the first man from clay and stealing fire from the gods for use by mankind. Jupiter, father of the gods, decreed that Prometheus suffer the punishment of being chained to a rock where his liver was fed upon daily by an eagle. Prometheus has been variously associated with bringing civilisation, freedom and creative inspiration to humanity.