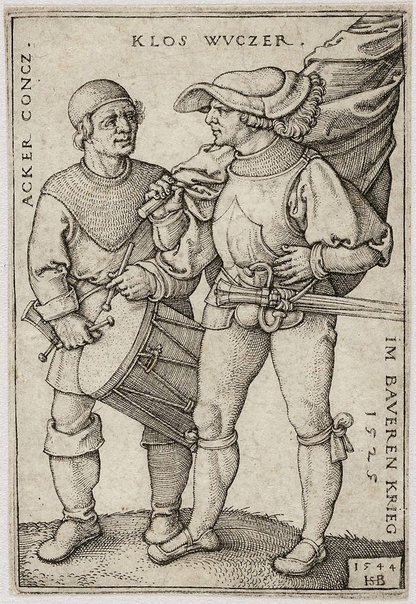 Beham engraved this image of a drummer and standard-bearer of the 1525 Peasant Revolt nineteen years after the event. The war, in which some 100,000 peasants were killed, was fought mainly in southern and central Germany. It was openly condemned by Martin Luther, who sided with the authorities against the peasants. The year 1525 was of particular significance in the life of Beham because in this year he was banished from his native city of Nuremberg for holding openly atheistic and anarchistic views.

Browse other works by Hans Beham

Hans BehamHercules fighting against the Centaurs 154210.1977