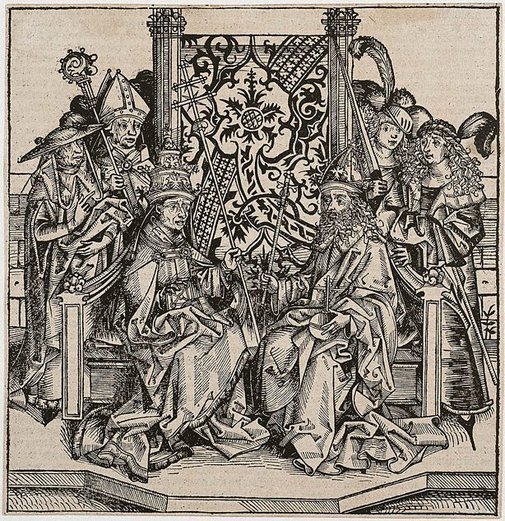 A diplomat and man of letters, Aeneas Silvius Piccolomini (later Pope Pius II) entered the court of Frederick III in Vienna in 1440 where he was made imperial poet laureate. He became a bishop in 1447 and was elected pope in 1458. He negotiated Frederick’s marriage with Princess Eleonore of Portugal and accompanied him to Rome for his coronation as Holy Roman Emperor in1452. The expressions of the figures and the heavy angular drapery reflect the influence of Martin Schongauer, whose prints in the International Gothic style were frequently imitated in the late 15th century.

Browse other works by Michael Wolgemut

Browse other works by Wilhelm Pleydenwurff