The ecstacy of St Francis of Paola 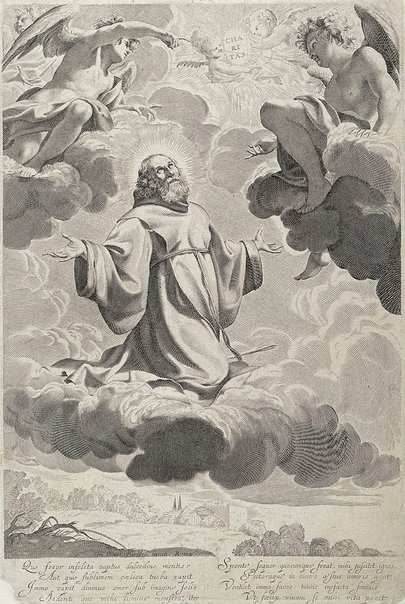 Francis of Paola (1416-1507) was the founder of the order of Minim Friars. Their austere rule was based on penance, charity, humility and the observance of perpetual Lent. In his own lifetime Francis became famous for prophecy and miracles. In 1481 he was summoned to France to be at the bedside of Louis XI in his last illness. In gratitude, the King erected for the friars the monastery of Santa Trinità del Monte on the Pinician Hill in Rome.

Claude Mellan
The ecstacy of St Francis of Paola

Browse other works by Claude Mellan

Claude MellanAnne of Austria placing the Regency of France ...242.1988