Evening, from The four times of the day 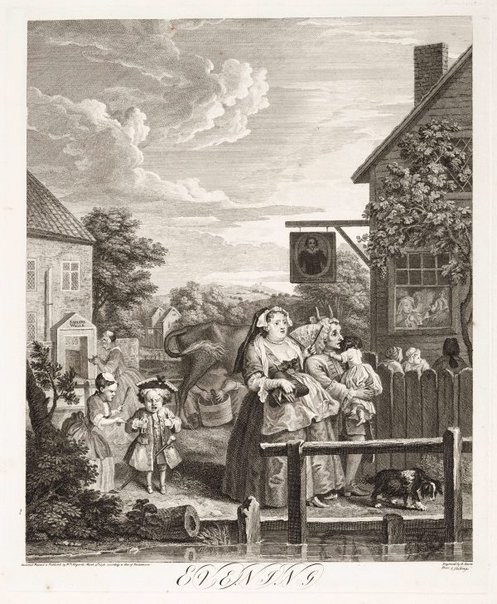 'Evening' depicts a well-dressed couple taking a summer’s walk in Islington along a new, man-made river, and drifting past Sadler’s Wells Theatre, often satirized in this period as an amusement centre of vulgar appeal. In the centre of the print Hogarth places the pregnant wife, who is suffering from the evening heat. Her sexual appetite is suggested by the nude gods and goddesses decorating her fan. The husband is diminutive and a cuckold, as we see from the horns which a trick of perspective places above his head. Following behind the couple, their children act out the relationship of their parents with the sister scolding her hapless bother.