Noon, from The four times of the day 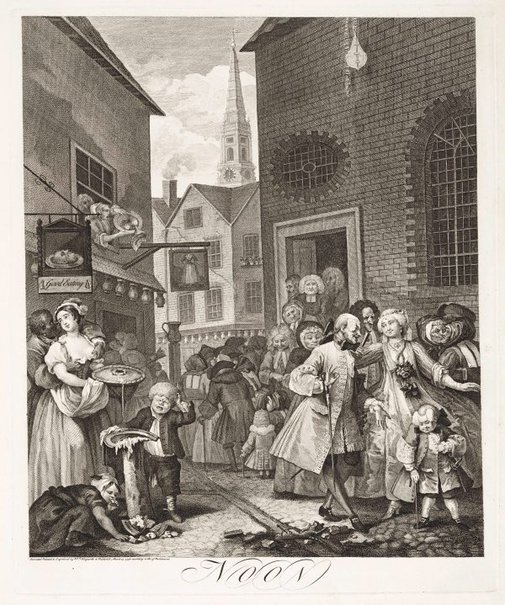 'Noon' is set in the parish of St Giles's-in-the-Fields with an elegant crowd leaving the French Huguenot church. The members of the congregation are deliberately contrasted in dress and demeanour with the rowdy Londoners outside the tavern. In the left foreground, a servant girl responds to the fondling and kissing of the black man while her pie dish spills over. A little girl scrabbles on the ground for food scraps. On the other side of the street, a fancily dressed French boy gazes at the dead cat in the gutter.