Cornelia Tipuamantumirri is a Tiwi artist who works through the Munupi Art Centre at Pularumpi on Melville Island. The Tiwi people of Bathurst and Melville Island, have a distinct culture and they share a visual language known as jilamara (design) based on the innumerable configurations of mulypinyini pwanga (lines and dots). These designs are individually conceived and may be used in ceremony, body painting and artworks.

Tipuamantumirri began painting in 2010, since then she has established herself as an innovative artist. Through 'Jilamara design' 2014, she communicates her personal impression of jilamara, whilst still connecting to the collective and communally shared Tiwi culture.

Tipuamantumerri's detailed dot and line design can be considered as an extension or rather a continuation that follows her previous practice as a skilled weaver. Her works are made with the traditional Tiwi wooden kayimwagamiki (comb), to create lines of ochre dots, in subtle variations of colour and intensity. On the deep black background these undulating lines create areas of shifting light and movement, within the fluid geometry that expands and contract across the canvas.

Browse other works by Cornelia Tipuamantumirri 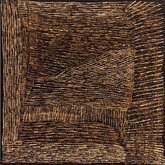