Morning, from The four times of the day 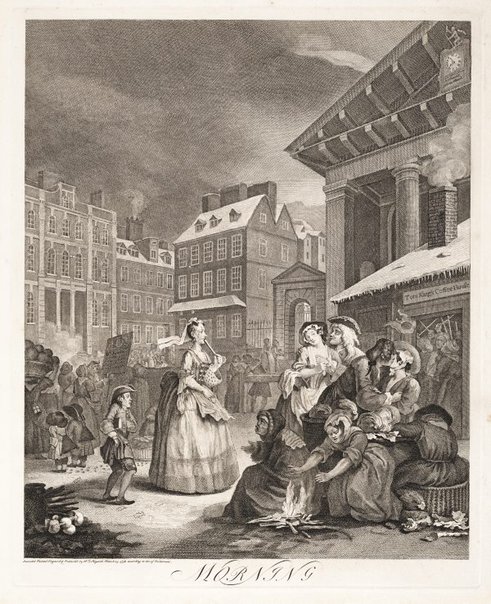 'Morning' is set in Covent Garden. The clock over the porch of St Paul’s Church shows 6.55. There is snow on the rooftops and icicles hanging from the eaves of Tom’s coffee house. Inside, a brawl is taking place, and a wig flies out the front door. An overdressed spinster is shown walking towards the church, accompanied by a shivering servant boy carrying her Bible. Her prim appearance and fashionable dress are in marked contrast to those around her. To the right, a pair of rakes embrace market girls. A beggar sits beside a fire lit by the vegetable seller. To the left, a woman caries her vegetables to market on her head, while two little boys lag behind on their way to school. A crowd gathers around the quack, Dr Rock, who is selling his panacea.