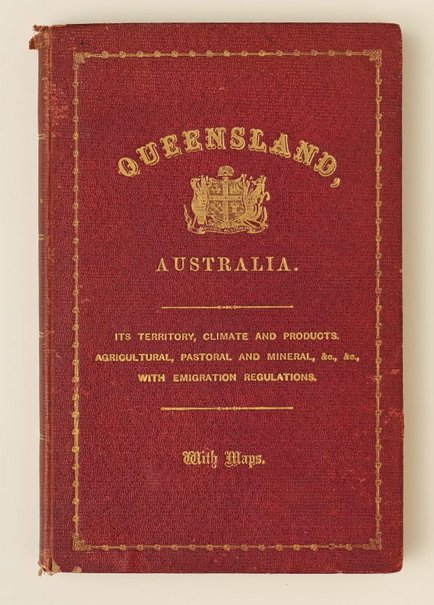 Richard Daintree was a prominent geologist and photographer who pioneered the use of photography in fieldwork. Born in England, he was lured to Australia by the Gold Rush, arriving in Melbourne in 1852. After an initial unsuccessful stint as a prospector, Daintree was employed as an assistant geologist to Alfred Selwyn in the Victorian Geological Survey in 1854. A return trip to England in 1856, where he studied at the Royal School of Mines Laboratory, sparked Daintree’s interest in photography, and on rejoining the Victorian Survey in 1859, he began to use photography. In 1864 Daintree moved to Queensland, where he initiated a geological survey in 1868. From 1868 to 1870 he was the first Government Geologist of Northern Queensland. He took photographs of the Queensland bush and its colourful characters which were exhibited alongside photographs by others at the 1871 Exhibition of Art and Industry in London, to which Daintree was appointed commissioner. His photographs were made in part to attract potential settlers to the area and between 1872 and 1876 Daintree was appointed agent-general to Queensland and avidly promoted the colony’s resources, producing handbooks illustrated with his own photographs.

Browse other works by Richard Daintree

Richard DaintreeTurpin’s Falls on the Campaspe River, near Kyneton circa 1861602.2014