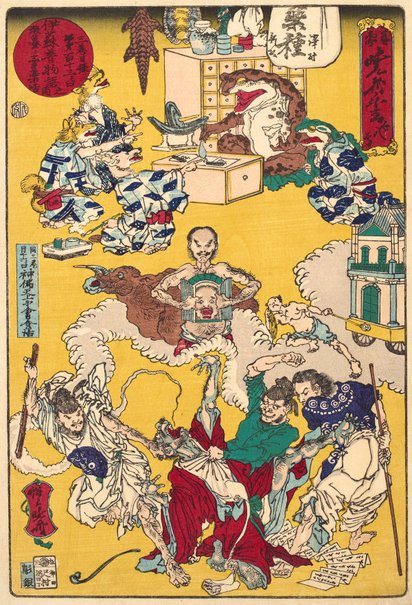 The enlightenment from hell no. 1 and Frog medicine seller no. 8 are both from the 1874 series Drawings for pleasure by Kyōsai. Both prints have anthropomorphised animals in most roles and, in combination with ideas of physical and spiritual healing, present the killing of various demons including oni. As was the habit of Kyōsai, the two images also satirise the era in Japan of ‘Civilisation and Enlightenment’ during the Meiji period in which traditional ways were actively punished in preference for newly imported scientific approaches used to modernise Japan.

Browse other works by Kawanabe Kyōsai