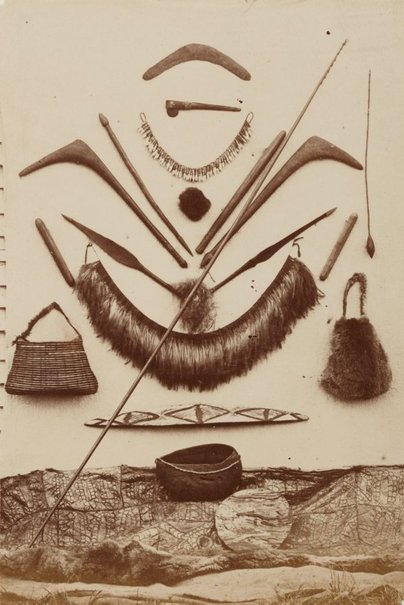 Fred Kruger was a professional photographer based in Geelong. Born in Berlin, he had arrived in Australia by 1863, where he joined his brother Bernard as a partner in a Melbourne-based furniture business. In 1866 Kruger opened a photographic studio and in the same year photographed the Aboriginal Australian cricket team, which toured England in 1868. Kruger became known as a skilful landscape photographer and his views of the Melbourne area were exhibited to international acclaim in Vienna in 1872 and Philadelphia in 1876. In 1877 he was commissioned by the Victorian Board for the Protection of Aborigines to photograph the Coranderrk Aboriginal Mission Station. The photographs, including a famous image of a cricket match, were compiled into an album and published in 1883. Through the 1870s and 80s Kruger continued to take view photographs, including a three metre panorama of Geelong and numerous images of estates commissioned by local property owners. Conscious of the need to attract business from a local clientele, he often photographed disasters in the Geelong area such as the flooding of the Barwon River and the ship wrecks of the 'George Roper' and the 'Glanseuse' at Point Lonsdale in 1883 and 1886 respectively.