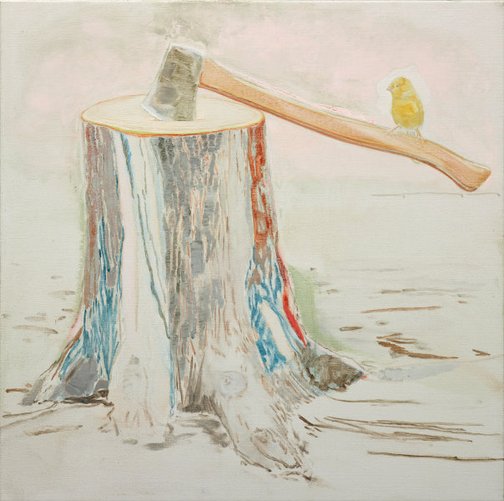 A significant aspect of Tim McMonagle's practice is that he paints directly onto linen - specifically a square stretcher. In sidestepping preliminary sketching McMonagle opens up opportunities for chance and experimentation, but also failure and starting over. In his own words: 'A lot of people have a complete idea of what the painting will be before they begin it...I don't, I let it grow on the canvas' [1].

His subject matter is inspired not by life, but from memory, imagination and source material such as photographs. The resulting images are painterly - sketchy, impastoed, stained and dripped - and dream-like in quality, depicting people, places, and situations that, in tangent with their materiality, are visual prompts for us to engage with the subject matter.

Browse other works by Tim McMonagle 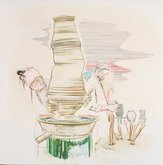 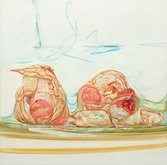