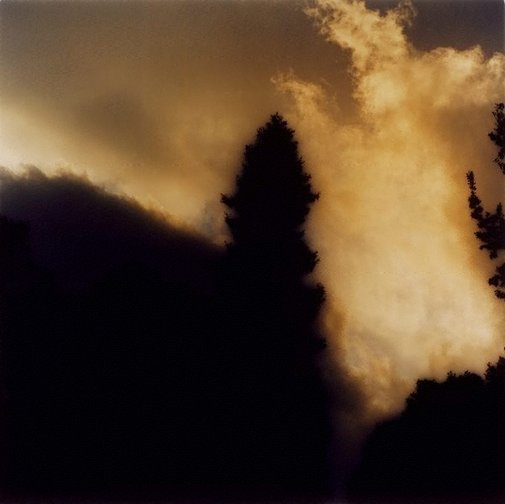 Bill Henson's first solo exhibition, held at the National Gallery of Victoria in 1975 when he was 19 years old, heralded the beginnings of a unique photographic vision of the Australian landscape. Known for his brooding imagery and exacting artistic process, Henson alludes to the darkness of Caravaggio, the lightness of Purcell and the drama of Wagner. The intensity and intimacy of his images broach the boundary of the painterly and the cinematic, combining both surface and depth to reflect a space between the mystical and the real. Like Francesco Clemente, his photographs may begin with a fleeting vision or impression, a piece of music or line of writing, that echoes subconsciously before manifesting in his work.

The evocative portrait series 'Paris Opera Project' brings a strangely discontinuous space to the viewer. Part of a much larger series, the portraits play out the drama of opera as if in five acts. Moving from a moody landscape in half-light to a young girl who lifts her hand to grasp the darkness, the inky blackness of the theatre leads us through the other portraits of opera viewers deep in concentration. The final image, like the first, is a fuzzy landscape, where a barely discernible hill of trees is mirrored by trailing clouds, the space between reflecting the shimmering night sky. Like video artist Bill Viola, Henson chooses not to show the action of the stage but rather the audience in full devotional contemplation. Often likened to painting, Henson's artistic process is not unlike the painter's struggle: 'just as you can scrape back areas of painting and go over them, you do follow something along over maybe several weeks and change things until it slips past its best point and you lose it. And then there's a long, often a very long, period when the work is turning into something else - you can't wind it back to whatever it was'.1