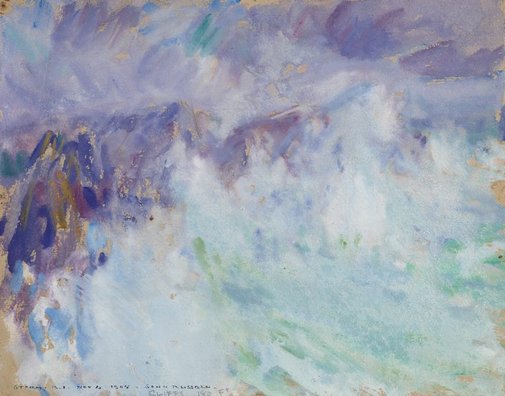 'Storm, Belle Ile' 1905 is closely related to a major painting 'Mer agitée: tempête Belle Ile' formerly in the Behan collection, Brisbane. It is a powerful work, poetic, reductive and uncompromising in its painterly effect.