Mother and child at Cronulla 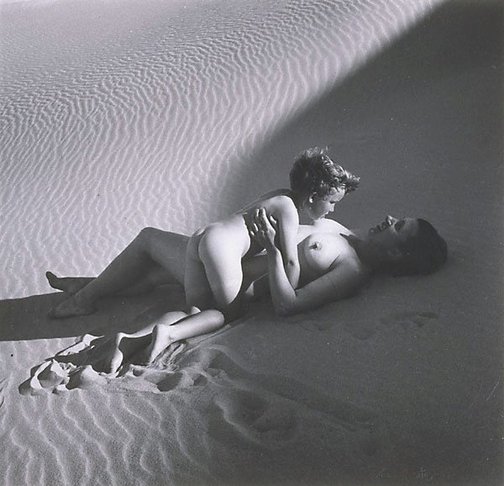 Throughout his long career and in his chosen subject matter, Max Dupain celebrated Australian culture and identity. As a distinguished exponent of Modernist photography his work is noted for its formal use of space, shape and tone. During the 1930s he was influenced by a photographic style developed in Europe in the late 1920s called New Photography. In content and form, New Photography was a substantial move away from the soft tones of Pictorialism, a style that had been popular in previous decades with Dupain and other photographers, particularly Harold Cazneaux. The new style was characterised by its emphasis on unusual angles, perspectives and sharp contrasting tones.

Mother and child at Cronulla is one of a series of nudes Dupain took after ceasing to work in the Pictorial style. Dramatic light is used to highlight form and shape, in this case the bodies of the child and woman. Their features are obscured indicating that this is, in many respects, a study in formal relationships. These elements, including the unusual angle of the image and its objectivity are indicative of the qualities associated with New Photography.