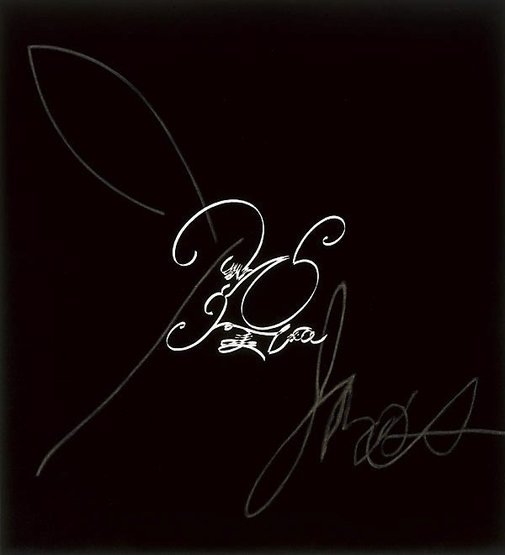 By utilising elements of abstraction, figuration and the decorative in his canvases, Stieg Persson developed a distinctive visual language. In common with many other postmodern artists during the 1980s, however, he felt sceptical about both the history and future of painting. ‘Our faith part 1; no 4 – the case for and against colour’ (AGNSW collection) dates from the mid 1980s, when Persson reintroduced colour into his work after painting exclusively in black and white for a number of years. At the same time as he was painting its lusciously coloured and seemingly symbolic panels – in which rosella parrots fly across a deep embracing black, an owl hovers with a pearl earring in its beak, a single pearl jewel dangles in a black void – Persson declared, ‘In the modernist period [painting] had a role; we had something to do. There was a belief we knew it was true – things like truth, they don’t exist anymore’.1

Juxtaposed with these smaller oil panels is the large, abstract central panel which includes shards of carefully applied collaged canvas. The forms on this black and white canvas recall fragments of text torn up and displaced on the picture surface. Persson has frequently worked with a cursive, almost calligraphic line in his paintings, suggesting decorative excess and a particularly elegant, extravagant and old-fashioned signature. ‘Painting’, exhibited and acquired from the Australian Bicentennial Perspecta, is an example of this ‘decorative’ script-like use of line, a term used in a pejorative sense by modernists to dismiss an accumulation of elements and forms as superficial ornamentation. Retrieving the decorative reintroduced a feminised aesthetic, once also associated with ‘low’ culture, back into art as well as creating distance from modernist art theories.

The calligraphic line in ‘Painting’ and the two soft, white abstract squares in another work from the same series, also titled ‘Painting’ 1987 (AGNSW collection), both appear from behind a black background. The modernist monochrome (such as Kasimir Malevich’s ‘Black square’ c1913) seems to be consciously referred to in these works. While the exquisitely painted figurative elements of the smaller panels of ‘Our faith part 1; no 4 – the case for and against colour’ suggest 17th-century Dutch painting, they emerge from lustrous black monochrome backgrounds. The figurative panels and the sheen of oil paint seem disjunctive with the abstract canvas and its matt blackboard paint, but both are an exploration of the exhaustion and viability of different visual languages. Like a vanitas painting bringing to mind our imminent mortality, these panels appear to embody the death of painting while celebrating its continuing power to engage.

Browse other works by Stieg Persson 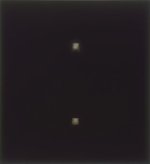