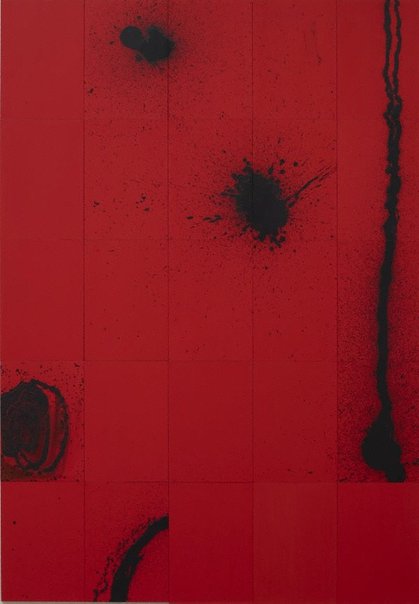 Lindy Lee was closely associated with appropriation practices in the 1980s and into the early 1990s. Lee’s most well known works from this period used photocopied portraits and faces from the ‘masterpieces’ of Renaissance art, overlaid with veils of paint. Through repeated copying, faces would emerge and submerge into inky blackness. This suggested both cultural distance from the iconic original works and our experience of them through ubiquitous reproductive technologies. At the same time, Lee’s work retained something of the aura of the original through showing just how much beauty could be retained in this repeated, copied and reworked state.

Questions of cultural authenticity took on a more personal note in Lee’s art from the mid-1990s when she began incorporating portraits of immediate family members into her work. Concurrently the near abstraction achieved in some of her earlier works, when the portraits became photocopied into an almost total erasure of the image, was explored further by Lee from the mid-1990s. Lee’s exploration of abstraction was fuelled by her interest in the highly nuanced monochromes of American abstract painter Ad Reinhardt.

‘Zip, zero, zilch’ includes both monochromatic and gestural panels in which black ink bleeds down the red ground. Colour is symbolic for Lee, with black indicating mystery and causation and red representing the carnal and the corporeal. The thrown ink of the gestural panels is often created by Lee while in a meditative state, a physical expression of Zen Buddhist spiritual practices. The title, a slang American term for nothing, also suggests the Buddhist concept of ultimate emptiness, a state of pure consciousness.

Browse other works by Lindy Lee 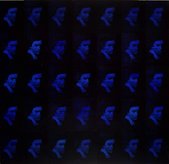 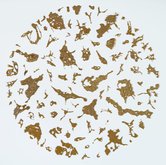